Robert Goff, Troop 54 Eagle Scout 1969, shared that for a period, Treasure Valley Scout Reservation had its own neckerchiefs, answering a question some people have asked about some of our summer camp pictures. He provided the images on this page, which are of neckerchiefs in his collection. 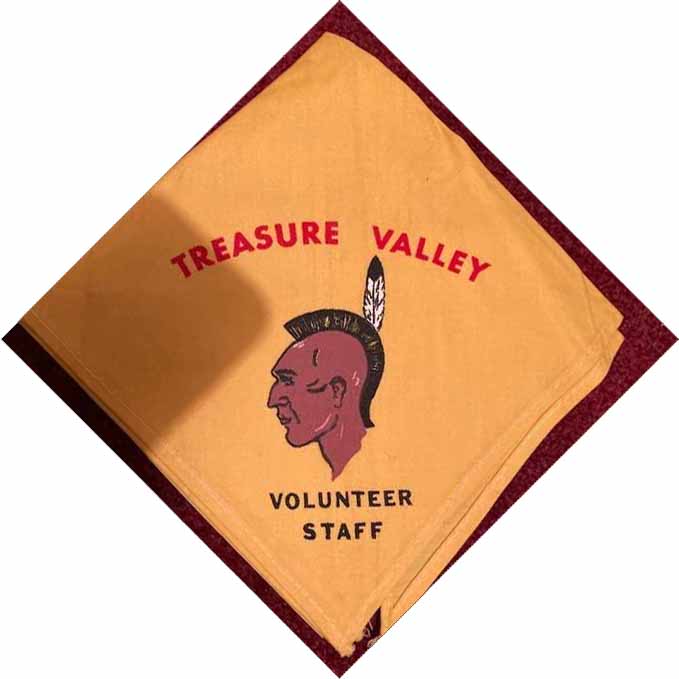 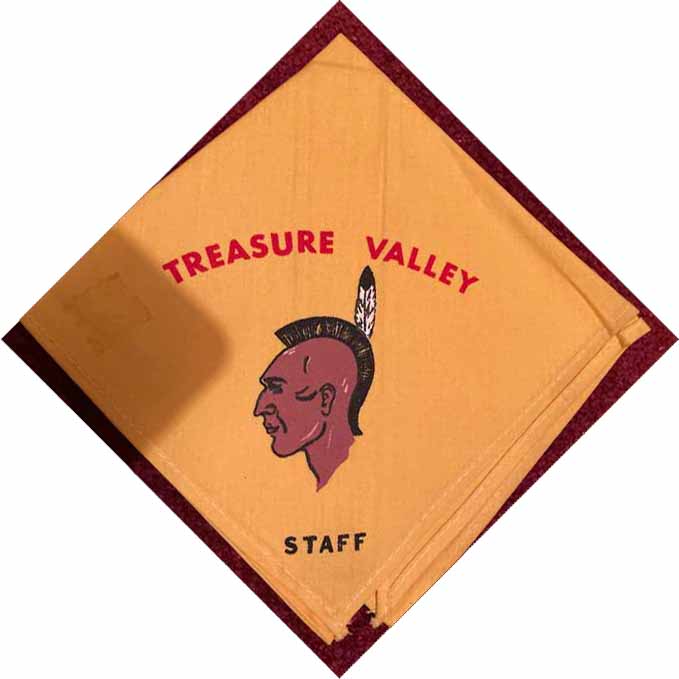 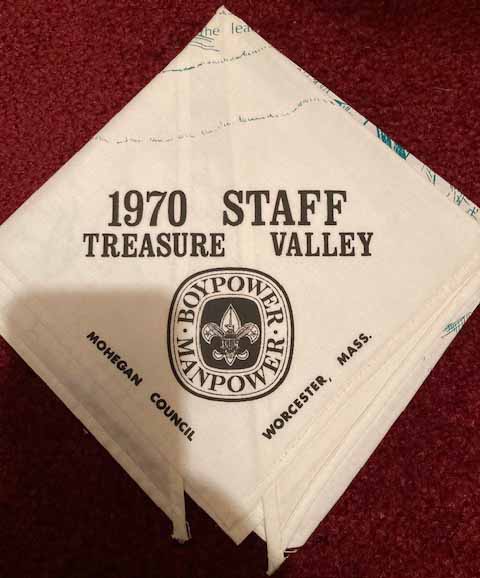 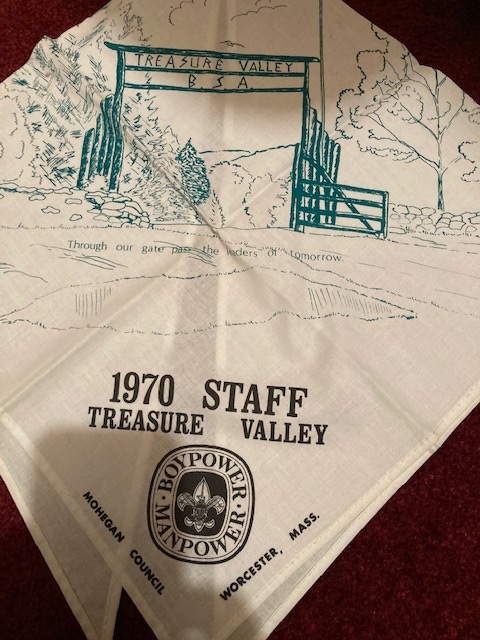 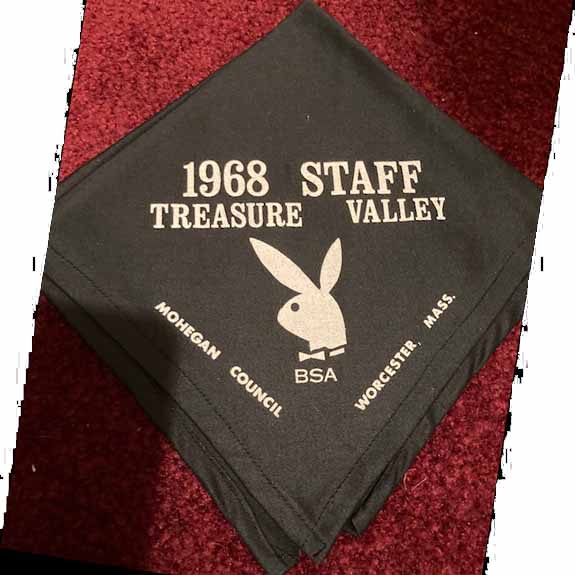 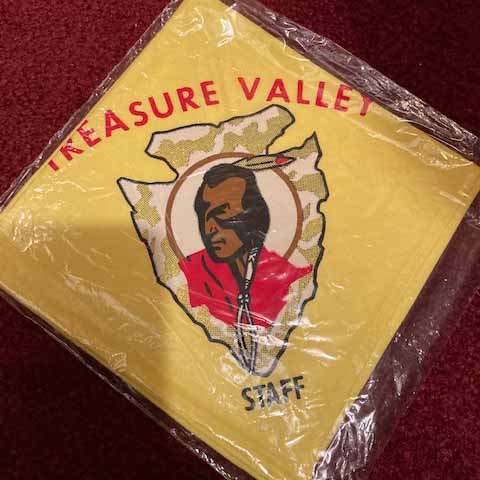 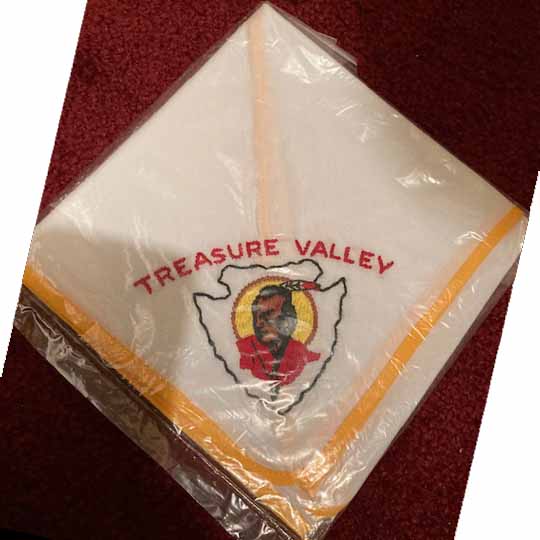 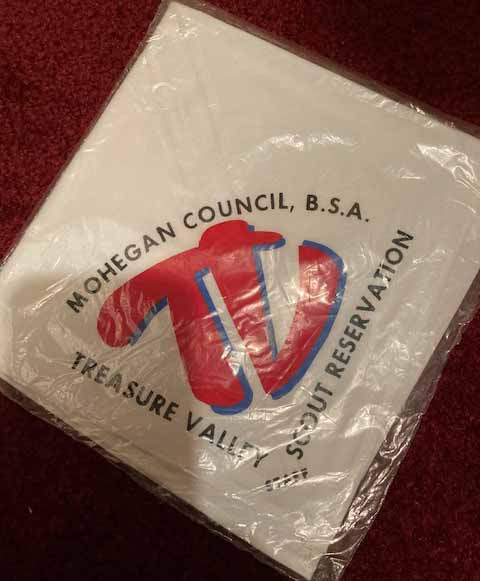 The two that are yellow Staff and Voluntary Staff are 1963-64 vintage. The Volunteer Staff neckerchief is what adults accompanying the Troops at camp were given as a thank you; this is likley what the leaders were wearing in the camp picture from our 2nd week in 1966.

The 1970 neckerchief (Example 3) is interesting as it opened to a picture of the camp gate - this was produced by members of the staff, led by Dale Tucker.

The 1968 necerchief (Example 4) is the famous Black with Bunny. It might be suggested that someone violated coyright on that one. This was produced by members of the staff, led by Dale Tucker and sewn by Robert Goff's sister.

Mr. Goff thinks the neckerchief featuring a large "TV" is what the troop is wearing in our 1968 camp picture, which would make this the 1968 neckerchief.

We see most of the members of Troop 54 wearing the same red and black neckerchief we have in 2020 as far back as 1965. Pictures before that are in black and white, but all the way back to 1958, the troop neckerchief looks the same. The other neckerchiefs worn by youth and adult members in the other various camp pictures could be from events (especially Jamborees) or from the Order of the Arrow (the Lodge Chief of the Pachachaug Lodge got a white neckerchief).