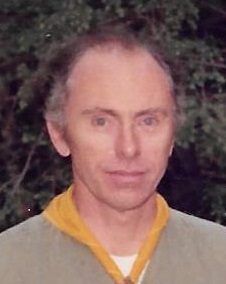 From comments in the March 2011 edition of The Torch:

In 1969 he bought a new FORD and took 5 Scouts on a trip to ALASKA, later they went to PHILMONT SCOUT RANCH in CIMARRON, NEW MEXICO. Other trips were to MAINE and VALLEY FORGE, Pennsylvania.

I remember Roger leading us on various canoe trips when I was a young Scout. As I got older, he was more involved in TVSR than in Troop 54, and did an amazing job keeping the canvas serviceable. I also recall that he had a number of different Subarus, only one of which could run at any time as he moved parts among them. He had a station wagon (maybe an Outback) that had only the driver's seat, and a custom-built roof rack, so that he could haul tents, tarps, poles and other pieces around camp.4

Mr. Hunt was a cool leader and pushed us to always think outside the box. He used his engineering skills to design space blanket tents that we used for years on troop activities. This was a project that Norton Company had given up on with unreasonable expectations. I spent countless weekends working with him at Treasure Valley cutting fire roads on the far side of the lake and other projects. I recall the purple cabbage he always had in his sandwiches.5

He loved Treasure Valley and it is his final resting place.

Professionally, Mr. Hunt was a research specialist at Norton Company. 2